Remember that classic scene in the movie “When Harry Met Sally” when that elderly lady said to the waiter, “I’ll have what she’s having” after Sally made that hilarious orgasmic scene?

Sometimes that’s how we see other women who are operating at a higher level of success than us.

We compare ourselves. We want to be like them. We want what they’ve got.

But the truth is what we are drawn to is a version of ourselves that is wanting to be expressed.

We see our own potential in people we admire. 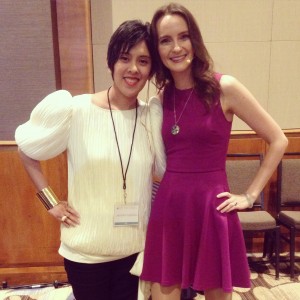 That’s what happened to me this past weekend at a conference called “Off The Charts.”

This is a pic of me and the brilliant event host, Nathalie Lussier.

I so admired her and all the amazing speakers.

To be honest, I was a bit intimidated by all of the success they had created for themselves.

I secretly wanted that thing that they all had. That special something. That intangible magic that drew others to them.

But by the end of the live event, I could totally see myself having that level of success – in my own way.

I realized the truth. That magic does not come from anything outside of ourselves.

That special something comes from being deeply rooted in who you are at the core.

It’s about fully owning who you really are. With all your strengths and vulnerabilities.

What I admired in them was my desire to express more of my own power. Power with my own quiet voice.

So, the next time you catch yourself feeling envious of someone you admire, take a moment to ask yourself, “What is it about that person that I want to express in myself?”

Because the truth is they are just a mirror reflection of your own greatness just wanting to be unleashed.

You are more than enough.

And give yourself permission to have what you’ve already got.

Would love to know who you admire and what they represent in you? Please share your comments below.

4 Responses to I’ll Have What She’s Having

GET MY FREE "7 TIPS TO BE CONSISTENTLY VISIBLE AS AN INTROVERT" TO HELP YOU FEEL CONFIDENT TO BE SEEN AND HEARD WITH YOUR QUIET VOICE.

To serve as a leader of beauty, you must honor your own.

Share your unique expression of beauty with the world.

Your style is a beautiful reflection of your spirit.

Your style goes beyond the surface as your powerful way of being in the world.

Your brand expresses your passion and mission to make your own soulful mark on the world. 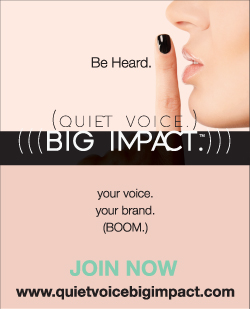 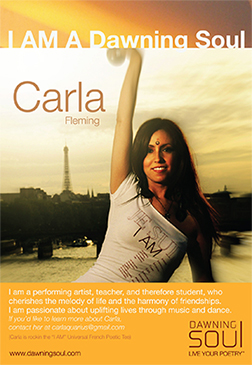 Get my free “7 Tips to be Consistently Visible as an Introvert” to help you feel confident to be seen and heard with your quiet voice.

Introduce yourself and your program
Your information will *never* be shared or sold to a 3rd party.
We use cookies & pixels to help us improve, promote, and protect our services. By continuing to use the site, you agree to our privacy policy.Continue